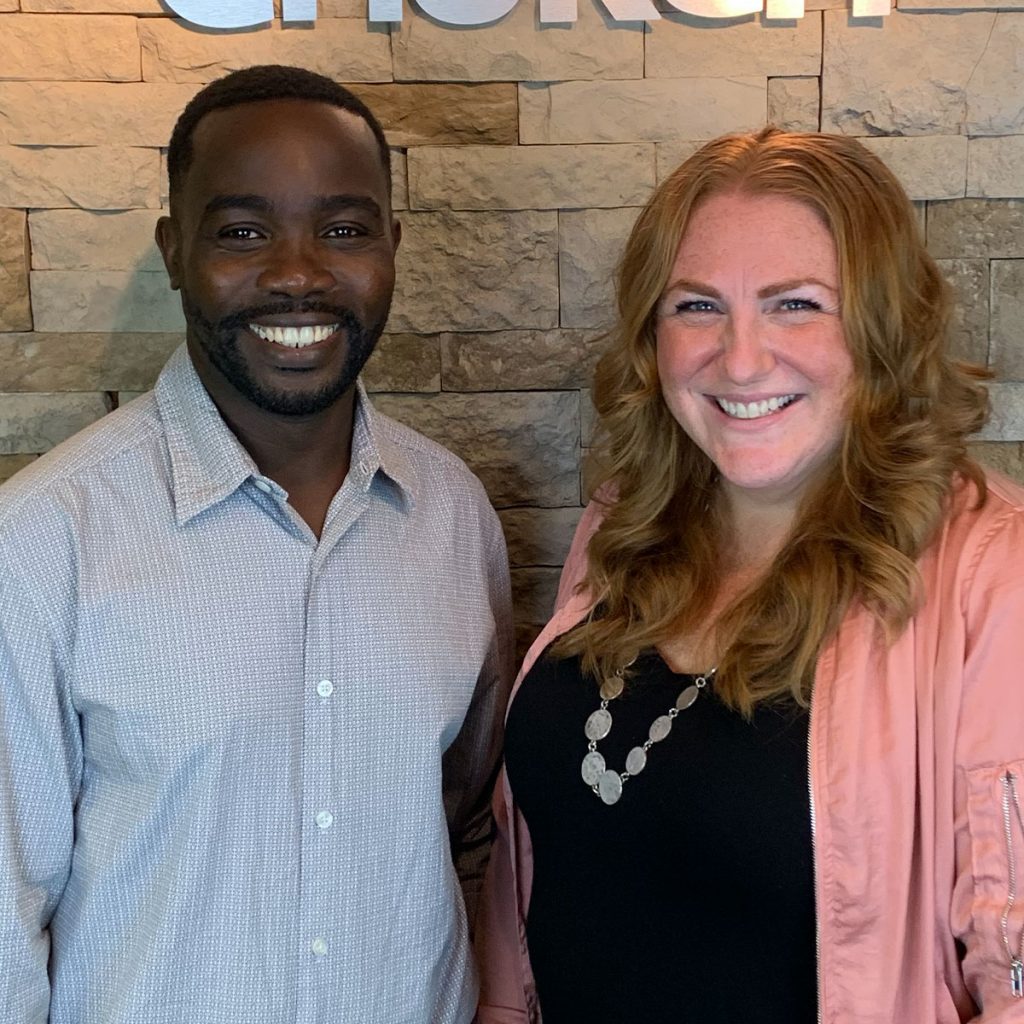 Rodgers grew up in a family that didn’t know God. His family never went to church or read a bible, but his cousin would visit periodically to tell us about Jesus. In 1992 Rodgers saw a pamphlet about the heart of man, it was a missionary track. He didn’t know how to read so he just looked at the pictures and it showed an image of a heart being controlled by the devil and a heart being controlled by God. He knew that he wanted to have the heart controlled by God, and in that moment he received Jesus as his Savior. Rodgers started attending church and as he became more active in his local church, God placed him in several different positions of leadership throughout the years. In 2002, Rodgers volunteered with Youth With A Mission. He served on staff, in several training schools and led mission teams. In 2007, he received his pastoral ordination in South Africa through the church he grew up serving in. Rodgers has been a supervisor for over 12 years and loves tools.

Cassandrea lived many years with a misunderstanding of who the Lord was. She lived a life of full rebellion until she was 20 years old. One day, she attended a church service with her parents. In the middle of the service, someone stood up and started speaking in tongues. A feeling of love and fire like no other filled her heart instantly. She ran to the alter, got on her knees and gave her life to Christ. As a young woman she was discipled by a woman of God who taught her how to study the Bible. This experience led her into living a life of helping others the way the woman of God helped her. Discipling others has always been her passsion. Between 2003 an 2005 she volunteered with youth with a mission, attended discipleship training school, helped lead a DTS and took a team to Kyrgyzstan. In 2006, she went to South Africa and Zambia to learn about the culture and the local church. Cassandrea has worked as a property manager for many years and she loves crocheting.

Rodgers and Cassandrea Zimba have been married since 2008. In 2009, they founded and established Everlasting Love International Ministries and they currently have 7 churches in ELIM in Zambia. They are blessed with 5 children and 1 grandchild. They have the privilege of teaching their children about the Lord, His ways and His great love for everyone. They both love music and travel.